Capt Hollerbach gave a presentation on a major program the Civil Air Patrol supports, Green Flag. Green Flag is the name given to the US Air Force’s realistic air-land integration training program in support of US and allied forces. CAP’s role is to support training of ground forces in their use of air assets. CAP also provides training and support to CAP’s Emergency Services mission, including disaster relief and search and rescue. 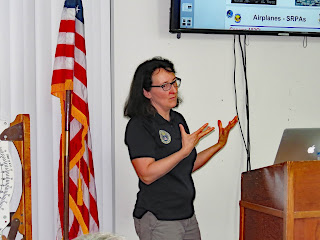 CAP C-182 and C-206 aircraft are aircraft modified with full motion video systems similar to those used by USAF. Once aloft video is transmitted in real time to ground receivers either being used by military units in training or linked into Federal/State emergency communications centers. 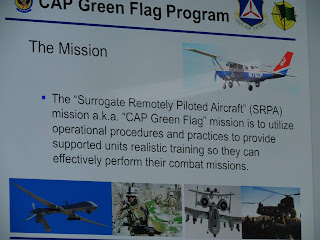 The aircraft is flown by three highly skilled CAP members and may operate in challenging conditions, including instrument conditions, mountainous terrain, and/or at night. The aircrew are trained in the use of the sensor ball camera, managing the mission (in the air), communicating with ground teams and other air assets, and of course flying the aircraft. Not all crew members must be pilots, but can expect to be trained to multiple crew positions.

Capt Hollerbach is a CAP Mission Pilot and is about to enter her 3rd year as a crew member of Green Flag. She is trained in the use of the sensor ball and mission management. 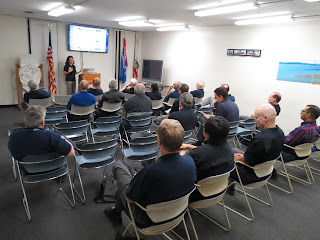 Posted by Capt Louie Rivas at 11:30 AM No comments: 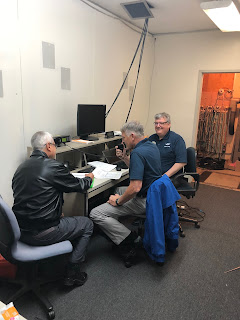 Posted by Capt Louie Rivas at 11:19 AM No comments: 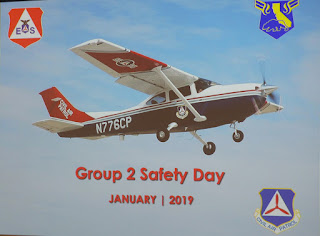 
Posted by Karin Hollerbach Capt, Amelia Earhart Squadron 188 CAP at 9:32 AM No comments: