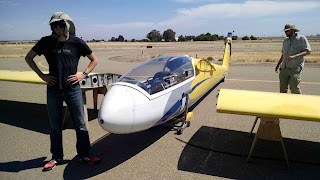 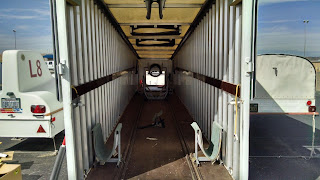 The LET L-23 Super Blanik used by CAP in northern California is headed off to Sacramento for maintenance.  Although the forty-mile trip from its home base in Byron to Sacramento Executive airport would be simple for a powered aircraft, gliders often are transported by road in specialized trailers. 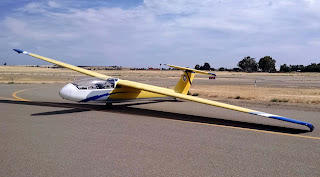 A crew of six, including the 5 CAP members and one member of the local soaring club, disassembled our glider and packed it up in a trailer for the trip to Sacramento, and advanced ground instructor and aircraft manager Lt Gast provided instruction and sign-off to interested members.

We are, of course, looking forward to the return of the glider because it is far more fun to spend all that time assembling the glider to fly it afterward! 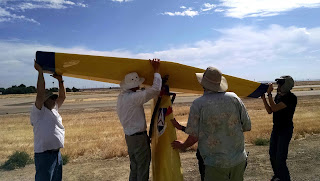 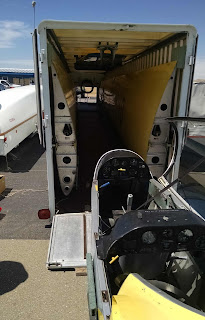 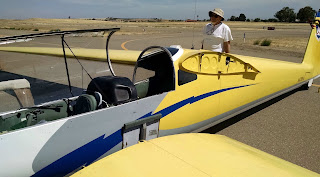 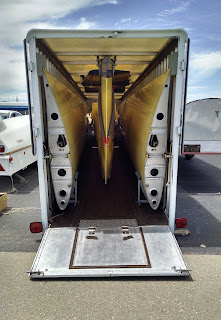 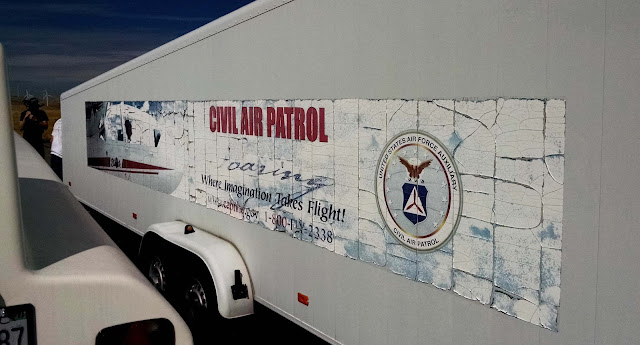 Maj Steven DeFord led the June All Hands meeting. The meeting opened with Lt Col Juan Tinnirello leading the squadron in a recitation of the pledge of allegiance.

At the meeting, CAP’s non-discrimination policy was reviewed and discussed.  All members are requested to review CAPR 36-1.

May Activities
The May monthly recap included:


Several members participating in these events made comments about their experiences.

The squadron responded to 4 ELT missions and one overdue aircraft mission.


Thanks to all who have completed their cadet protection training.  We are now at 87% complete, with only 5 members outstanding.  You know who you are!  Please, make sure to complete the online portion so we can be 100% done before the deadline.


Posted by Karin Hollerbach Capt, Amelia Earhart Squadron 188 CAP at 10:27 AM No comments:

A while ago 1st Lt Eric Choate and his cousin were digging through old aviation magazines and found this gem about Civil Air Patrol, published in Flying magazine in August 1953!   My, how times have changed.

CAP had quite a few cadet members back then (over 48,000), not to mention airplanes: 7,681 according to the article, including 2,773 apparently privately owned by non-CAP members.  It's unclear how many of the planes were, in fact, owned by CAP members; since that was more the norm then, it would have gone unremarked in the article.

We do need more aircrew training:  CAP had 16,783 rated pilots in 1953, although only 15 were glider pilots... hmmm.   Today, we are doing better in some categories than in others!   Who is attending the Mission Aircrew School this summer?  If we had that many pilots in CAP, maybe we, too, could give 47,680 hours of O-Rides to cadets.

Thanks to Flying magazine's Managing Editor for letting us use the article in this blog.


Posted by Karin Hollerbach Capt, Amelia Earhart Squadron 188 CAP at 7:50 AM No comments: