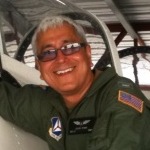 
The members of Squadron 188 recently learned of their Three-peat as Group 2 Top Senior Squadron of the Year. This honor is awarded to the squadron that best demonstrates their commitment to, and efforts in, fulfilling the three primary CAP missions of Aerospace Education, Cadet Programs, and Emergency Services.

In 2011 Squadron 188 either assisted with the planning, or represented the squadron, in over half a dozen events in support of the Aerospace Education mission. The events included local airshows, outreach to surrounding communities, and securing internships at the Port of Oakland for local youths.

As a senior squadron, Sq188 doesn't offer a cadet program, but the members do support the cadet programs of other squadrons. For the second year in a row a member of the squadron officiated the Cadet Bowl at Vandenburg AFB. Squadron members provided orientation rides to the Group 2 cadets in CAP aircraft, acted as escort officers for glider rides at the Byron Airport and accompanied cadets from Sq 18 on a USAF C-5 flight simulator ride at Travis AFB.

The emergency services side of the squadron was busy in 2011. Members continue to train and upgrade their training in the various ES ratings. The squadron saw an increase in the number of qualified mission pilots, scanners, and radio operators to name a few. The squadron also hosted several search and rescue exercisies (SAREX) including one with observers from the USAF evaluating CAP performance.

The good news didn't stop there. Several members of the squadron earned awards for their contributions to the Community, CAP and Squadron 188. Members who earned awards include

Aerospace Education Officer of the Year - 1st Lt Pat Bitz was awarded the Aerospace Education Officer of the Year award for his tireless efforts in promoting aerospace education at local schools, the general public and to the members of Sq 188. His numerous accomplishments include promoting CAP at local airshows, writing the 100 questions for the CAP Aerospace Bowl held at Vandenberg Air Force Base, and organizing the Wreaths Across America campaign for Sq 118. Hats off to 1st Lt Bitz!

Incident Staff Member of the Year - Capt Allen is a highly decorated and distinguished member of Squadron 188. Hi accomplishments include being awarded Lifesaver with silver star award, selected as squadron member of the year three times, Leadership Ribbons, and participated in over 150 missions.

In 2011 Capt Allen participated in 20 missions, including an exercise with National Guard personnel. The goal of the exercise was to evaluate live video streaming capabilities in the event of tsunami striking the west coast. On another exercise,  Air Force observers evaluating the emergency services performance of the Incident Command Staff commented that the entire volunteer team could be mistaken for full time paid emergency services staff. Congratulations once again Capt Allen!

Safety Officer of the Year -

In 2011 Capt Frank Riebli volunteered to be safety officer for Sq 188. That year Capt Riebli researched and presented various safety aviation and non-aviation related topics to the CAP members. He also invited several guests to speak to the squadron on topics such as Human Factors\Errors in Systems, Winter Weather Patterns, and a stunt pilot who shared her experiences of surviving an airplane crash after a catastrophic engine failure.

Capt Riebli received high praise from an evaluator during a Squadron Unit Inspection for his efforts promoting safety to the squadron and all who enter the squadron headquarters.  His enthusiasm and commitment to safety spills over into the audience and his monthly presentations are a squadron favorite. Way to go Capt Riebli!

The Logbook - Balsem Public Affairs Exceptional Achievement Award for Newsletter of the Year.  Named in honor of the Air Force major considered by CAP historians to be the first Public Affairs officer to serve CAP at the national level in the '50s. Newsletters are judged on content, creativity, technical excellence, quality and results. This is the squadrons first Balsem Award. Thanks to all the members who contribute articles, edited, and otherwise helped to make the Logbook the number one Newsletter of the Year!

Here's a big salute to all the men and women who make Squadron 188 the Group 2 Top Senior Squadron of the Year!