The ceremony took place at the Calvary Catholic Cemetery in Santa Rosa, California, in the Star of the Valley Mausoleum. During the ceremony, Colonel Dijeau's son, Edward F. Dijeau commented about his father's wonderful and long life.  He stated that his father told him: "One way to be happy and live a full life is not to hold any grudges." George developed a passion for flying right after he worked on the World's Fair in Treasure Island back in 1939, while he was an electrician.  The day after the World's Fair opened, he rented a plane and a pilot to fly over it, so he could see from the air what it looked like.  That flight cemented his desire to become a pilot.  He started his own flying club but later on, he learned that Civil Air Patrol (CAP) was financed by the government, so he joined up.

George became an instructor and had an instrument certificate, so when the Army Air Force needed instructors, he joined. George trained pilots for WWII in Texas but unfortunately, he suffered a back injury while teaching cadets to perform slow rolls and that earned him a medical discharge from active duty. So, he went back to CAP and patrolled the shorelines of the Caribbean and the Gulf of Mexico looking for German submarines.  Even though he carried a 25 pound bomb in the plane he never spotted a submarine.

Later on, George became an airline pilot. He had many stories to tell, including one about a forced landing in a DC4 in the Pacific Ocean that was so perfect that the plane remained intact and did not sink for five hours.

Edward's daughter Audrey played the violin as her final salute to her grandfather. After Audrey finished playing the violin, her brother James talked about the wonderful life his grandfather lived and the fact that James managed to have all four generations of Dijeau fly a Stinson Acrobatic Biplane on Father's Day in 2010 and 2011.  George still had a current medical certificate that allowed him to be a pilot in command with over 14,000 flying hours, even though he did not command the biplane.

Commander Maj. Luneau commented on the many accomplishments George had achieved during his life in CAP, including the fact that at age 95, he was still driving a very large motor home towing a car behind it. George was 99 when he passed away. 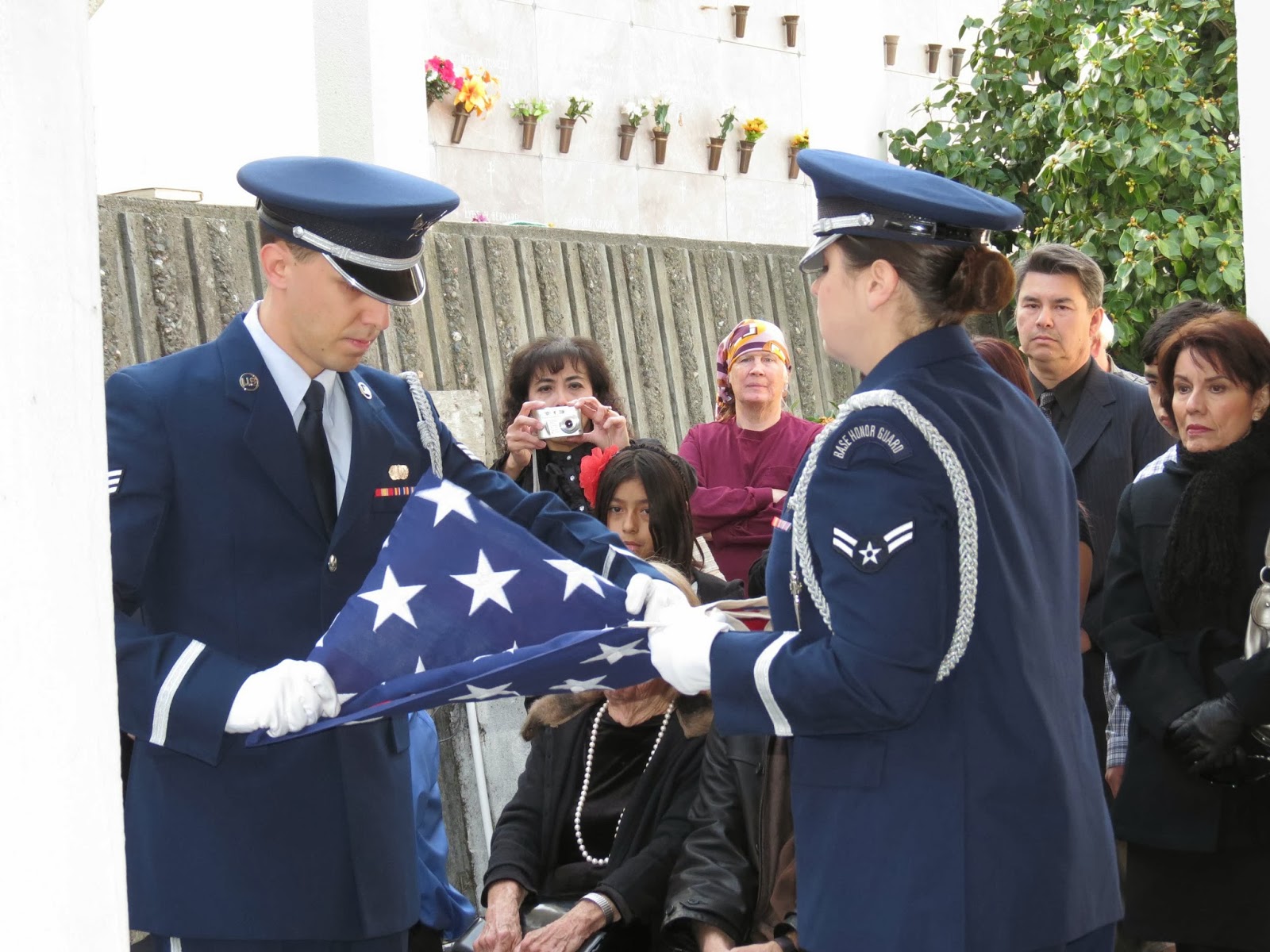 Once the bugle silenced, the coffin was moved to the lift and it was placed on the final destination in the Mausoleum, Row A #36.

Farewell Colonel Dijeau and blue skies ahead until we meet again.